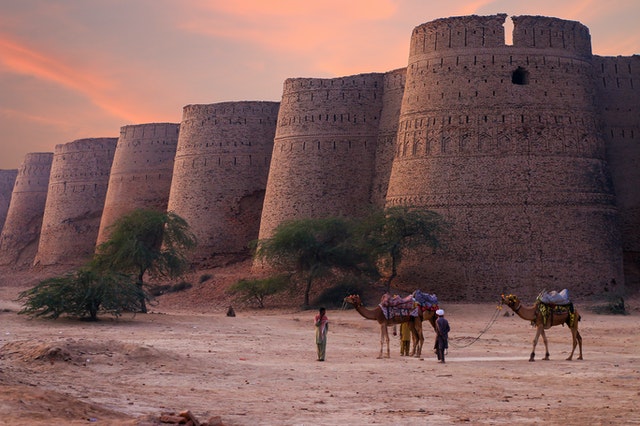 The fertile Anatolian lands in the middle of the continents have hosted many civilizations. It is still possible to see the traces of hundreds of cities that have survived from dozens of cultures… Let’s follow these traces together and take a tour through the ruins of five states that shaped world history, from the Hittites to the Lydians.

The first state of Anatolia,
ÇORUM-HİTİTLER

Hattusha, founded by King Hattusili 3,600 years ago, is the first city-state of Anatolia. Founded in the rocky area of ​​Çorum’s Boğazkere district called Büyükkale, this state united many small settlements, principalities and kingdoms and became an empire. And in his time, it became a superpower along with Assyria, Mycenae and Egyptians.

While visiting the ruins, you can see how magnificent Hattusha, the heart of the Hittite civilization, was once in Çorum. While you’re at it, don’t leave without seeing Çorum Castle, which has also been the subject of Evliya Çelebi’s ‘Travelbook’. A mosque and 42 residences from the Seljuk period are still intact in the castle.

Lydians from the Thracian tribes who migrated to Anatolia are also among those who settled in Aydın and its surroundings. They settled in the most fertile lands of Inner West Anatolia. They settled in the valleys and fertile plains irrigated by the Bozdağlar, Gediz and Küçük Menderes rivers on the borders of İzmir, Manisa and Aydın.

The Lydians, whose star shined about 2,700 years ago, were ruled by the Mermnad family for 141 years, with the kingdom system passed down from father to son. The first king Gyges and the kings following him expanded the country’s territory from the Aegean coast to the Kızılırmak.
They entered into economic relations with the nations in Egypt, Mesopotamia, Iran and Greece, and took their place among the largest and most important kingdoms of the period.

The secret of this success they achieved in a short time was actually the gold mines on their land. Lydian King Alyattes went down in history as the first person to print money. If you want to visit the world of ancient cities step by step, Aydın, the ancient city paradise, is a unique opportunity for this. Both its location and fertile lands have made it home to many important civilizations throughout history. Seeing the ancient cities of Aphrodisias, Didyma, Alinda, Tralleis, Nysa, Alabanda and Magnesia means a journey between civilizations.

The land of legends
UŞAK-FRIGLER

Phrygians, a branch of the Thracians who came to Anatolia with the Great Aegean Migration, lived as nomads for many years. 2,900 years ago, King Gordias gathered the Phrygian people under one kingdom. After Gordias, the owner of the famous unsolved knot, his son Midas, who has been the subject of many legends, took the throne because he turned what he touched into gold.

This region has hosted many civilizations, not only to the Phrygians, but also to the Byzantine Empire, from the Lydians who used the first money in history. The ancient cities of Blandus, Kremon, Pepuza, Akmonia and Sebaste and the Mesotimolos rock tombs are among the places we should see in Uşak, which Evliya Çelebi calls the ‘City of Lovers’.

They rose east of the Euphrates
VAN-URARTUS

Van is also a city of castles. While we lost our way II. Let’s go back to see the Çavuştepe Castle built by Sarduri and the strategic Hoşap Castle built by Mahmudi Süleyman in 1643…

It is very advanced in culture and art!
IZMIR-IONS

Although the Western Anatolian Ionians were strong 2,750 years ago, they could not expand into Anatolia due to the pressure of the Lydian Kingdom. Instead, they established small cities called colonies on the Mediterranean, Black Sea and Marmara coasts thanks to their skillful seafaring. They learned from the Lydians and used coins in trade.

They traded in olive oil, wine, timber, ivory and even slaves and became one of the strongest Anatolian civilizations of history. The Ionians, who have progressed considerably in the field of culture and art, have built palaces and temples of unique beauty with magnificent architecture in Milet, Ephesus, Foça, Karaburun and Seferihisar. It is possible to trace the traces of this civilization in all the ancient cities in the vicinity.