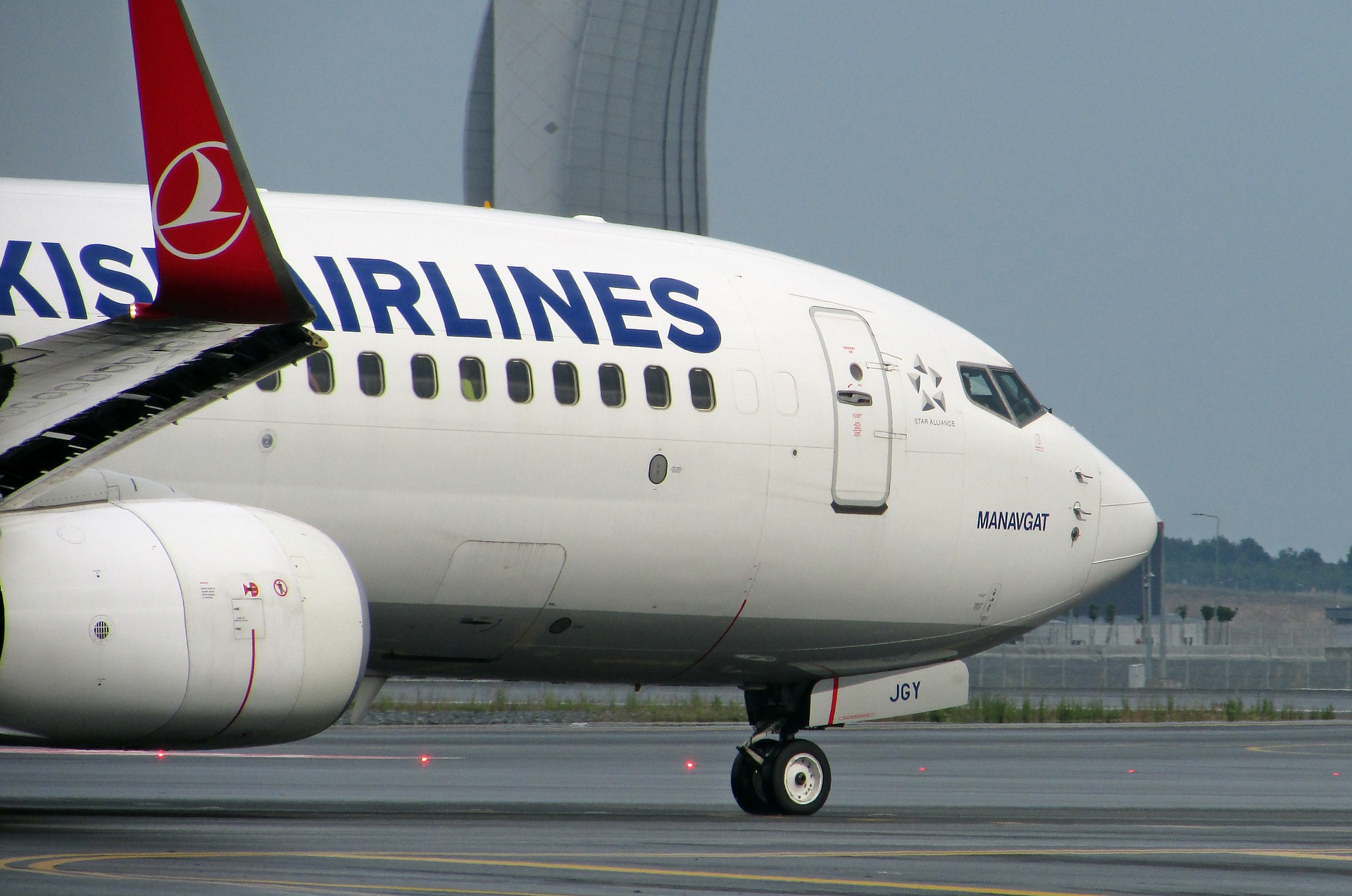 I was in Iran for the first time in 2021. A trip that not only gave me thousands of wow moments, but also made some good new friends. So good, in fact, that I was invited to a wedding in Tehran this January. I haven’t been told twice. So I went back to old Persia – with Turkish Airlines, allegedly Europe’s best airline, which even surprised me with a Turkish Airlines Business Class upgrade. I took a close look at the whole thing for you guys.

Turkish Airlines should therefore be the best airline in Europe. A title with which the airline has been able to adorn itself for several years in a row. I checked it out – from check-in to culinary delights to a 6000 m² Turkish Airlines Business Class Lounge with its own cinema.

It starts with the check-in at Hamburg Airport. In my adopted country, Turkish Airlines has its own Turkish Airlines Business Class counter, similar to Hainan Airlines in Berlin-Tegel. (Here is the review of the Hainan Business Class in the Airbus A330-200 PEK-TXL. And yes, I felt a bit strange to sneak past the long economy line straight to the privileged business class and first class counter. Skeptical looks I was definitely certain that the check-in itself was flawless: quick and with a friendly smile.

With a Turkish Airlines Business Class ticket you also have access to all Star Alliance business lounges and thus also to the Lufthansa lounges. But I’ve never been very enthusiastic about the Lufthansa Business Class Lounge in Hamburg. It is a bit very small and the offer is very sparse.

The next amenity was boarding. Here, too, Turkish Airlines Business Class passengers are allowed to board first. Although that only means spending more time in a tight flight, it was somehow quite pleasant.

The thought of the tight flyer should, however, quickly evaporate. Wide seats, plenty of legroom and lots of elegant leather – that was my first impression of the Airbus cabin from Turkish Airlines. So far so good. And hey, did a real cook with a chef’s hat and a warm “Günaydın” greet me on the plane? But more on that later.

As far as the cabin is concerned, things got even better on the return flight from Tehran to Istanbul in Turkey after two weeks in Iran: the much larger aircraft had completely different business class seating. The seats, or rather armchairs in this case, were not just one behind the other, no, they were positioned at an angle to the aisle, which gave each passenger the feeling of having their own little corner to retreat to.

I found it very pleasant, also in view of the advanced time (departure was at 4 a.m.) when I had one thing in mind: sleep.

The seats are really much more comfortable than those in economy. Even with my stilts I had enough legroom and I still wouldn’t fill the seat completely if I were twice as wide.

The sight of the sitting areas was almost homely. And as soon as I sat down, I actually didn’t want to get up either.

Almost everything made sense: the small, fold-out and rotatable table that magically disappears into the side panel, the padded armrests, the inflatable back and lumbar rests, the USB and power connection – I immediately felt very comfortable. And if it wasn’t for a night flight, preceded by an exhausting day in the smog of Tehran and a decent farewell party, I would hardly have slept through half of the flight and instead tried out, looked at and simply enjoyed it.

An onboard screen is embedded in the front seat, which not only impressed me with its good quality, but also with a really good entertainment selection from the so-called “Planet digital” system: from music (around 600 CDs) and a news channel to everyone Lots of classic films and the latest Hollywood and independent films.

Unfortunately, when trying to count these, my eyes fell shut. It is said to be up to 350 films, which should be enough for a long-haul flight.

However, this could also be due to the noise-reducing noise-canceling headphones that you get in Turkish Airlines Business Class. For my part, I slept like a baby despite aircraft noise.

Turkish Airlines has a selection of refreshing drinks ready to welcome Business Class passengers (besides champagne, by the way). Personally, I was so impressed by the “homemade” mint lemonade that I immediately asked for a second glass.

Another highlight: the chef. Yes, you read that right, Turkish Airlines Business Class has its own cook for its passengers. Doesn’t mean that he will prepare your favorite dish for you if you wish. The two courses that I was served in the course of the next few hours (a starter plate with Turkish mezze & a warm dish of your choice) were not only excellent, they were also nicely draped.

And then there are the little things that make it special. Like the piece of Turkish Delight, which of course you get served with your Turkish mocha, while the beautiful landscape carpet of the Bosporus unfolds under you.

OK, to take note again: Your own cook! For me that says it all. But the rest of the crew was always good for a smile, too. And all in this nice, courteous and somehow brotherly Turkish way.

To be honest, I would have loved to have stayed in the lounge all day, lounged in the soft leather sofa, watched the planes take off and loaded on the 15 × 8 meter screen thanks to Flightradar24 and the moment with wines from all over the world doused. Next time, dear CIP Lounge!

From my experience as a frequent flyer, I can say that Turkish Airlines truly deserves the honorable award as best European airline. The fact that no competitor has managed to steal the title from them in four years says a lot.

The planes were on time, the service solid and the machines mostly modern. Then there are the small but fine specialties that add the Turkish cream crown to the experience. And if you want to feel just as exquisite as the high-class wines that are served on site, as a Turkish Airlines Business Class you should definitely not miss the CIP Lounge in Istanbul, Turkey.

My trip to Iran was kindly supported by Turkish Airlines. Thanks a lot for this!