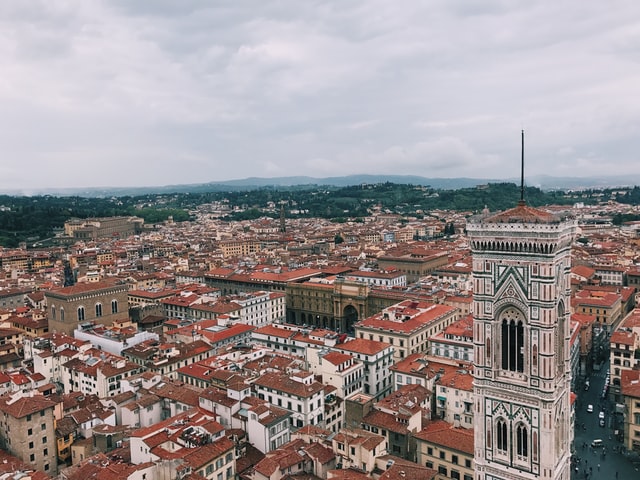 Asia
April 15, 2021 Shahab Abbasi 0 Comments
Whether you are interested in history, nature-loving, or simply plagued with wanderlust: Japan, the land of the rising sun, casts a spell over countless travelers. If you too want to experience Japan’s traditional history and breathtaking nature, Japan’s Chubu region is your perfect travel destination.
The historical importance of Chubu, the central part of the Japanese main island, is undisputed: This is where the “three unifiers” Oda Nobunaga, Toyotomi Hideyoshi, and Tokugawa Ieyasu were born, who as generals and politicians ended the struggles of hundreds of autonomous rulers and created a unitary state. This is where the respected and influential Owari clan was based, whose family tree extends from the unified Tokugawa Ieyasu to the present day. And here runs part of the Nakasendo, a centuries-old street that connected Edo (today’s Tokyo) and Kyoto, and on which the post towns of Magome and Tsumago are still popular destinations for travelers from all over the world.
The diverse nature with which Chubu welcomes its visitors – from rocky coastal landscapes on the Sea of ​​Japan to the mountain ranges of the Japanese Alps to the Pacific coast – is due not least to the samurai, the heroes of the past who protected and preserved the region. In the must-sees of the region, we will show you how craftsmanship, nature, and samurai influence the history of Chubu to this day.

Inuyama Castle, which was built in 1537 and can look back on an eventful history, is a testament to the heroes of the past partly government-partly privately owned and was partly destroyed in an earthquake. In 1945 the castle was declared a national treasure.
Today only the tower built in the Edo period remains, but you shouldn’t miss a visit. Located on a hill, the tower offers a wonderful view of the Kiso River and the surrounding area. What did the generals and warriors see from the view from the tower?

You can get an impression of the times when the samurai roamed the country on the old trade route Nakasendo. On this road samurai and common people alike traveled from Edo to Kyoto and the idea that their feet touched the same cobblestone as the shoes of visitors from all over the world is today is nothing short of impressive.
Narai-juku is at least as impressive. Located on the Nakasendo, in this picturesque village with its traditional houses from the Edo period and its peaceful atmosphere, one feels so directly transported back into the past that one would hardly be surprised to see a warrior in historical armor or a wealthy merchant woman in her ornate silk robe to meet.

Located on the Hida River, the village of Gero Gassho awaits you with another look back into the old Nippon. The open-air museum, which consists of ten houses, authentically depicts one of the mountain settlements that were common in the north of the Chubu region.
The architecture in the historic Odo House amazes, among other things: as is customary for houses of this style, it was built without the use of nails, pins or the like. In the museum, historical agricultural implements and machines for silk production are exhibited and the recreation of everyday scenes gives an impression of how the inhabitants of mountain villages like Gero Gassho used to live.
A visit to the museum village is worthwhile at any time of the year. Whether during the cherry blossom season in spring, with the singing of cicadas in summer, surrounded by brightly colored leaves in autumn, or a footbath in a hot spring with a view of snow-covered roofs: this time travel back to life in the mountain settlements in past centuries should not be missing in your travel plan.

From the mountains back to the Kiso River, more precisely to the Kisomura Road Station on the upper reaches of the river: Surrounded by the mountains of the Alps and the green of the forests, you can buy beautifully crafted handicrafts such as boxes, bowls or chopsticks as a memento of your trip. These little works of art are made from cypress wood, which is produced in the forests of the region.
Since the time of Tokugawa Ieyasu, at the beginning of the 17th century, these forests have been used intensively for logging, including for the construction of Nagoya Castle. For this purpose, the wood was transported to the downstream areas via the Kiso, which was nicknamed the “wooden road”, and thus brought the industry in the Owari region and its capital Nagoya to flourish. Nagoya is still one of the economically strongest metropolises in Japan.

The construction of the Nagoya Castle City

Tokugawa Ieyasu laid the cornerstone for this economic success, which continues to this day when he realized that water transport was the ideal way to supply the inland castle city of Nagoya with wood, but also with food and other supplies. For this, he had the river Hori excavated so that the valuable cypress wood could first be transported down the Kiso river, with the raft across the sea, and then up the Hori to the castle town.
Despite all economic efforts, however, the samurai already knew how important sustainability is. And so the Owari Tokugawa family, descended from the ninth son Tokugawa Ieyasu, made reforms to protect forest resources. It is thanks to this foresight that many trees over 300 years old still grow in the mountains of Kiso.

Technology made in Japan: puppet shows and Toyota

In the time of the samurai, however, wood was not only used for building castles, but also for a particular artistic type of entertainment: Karakuri is the name given to the traditional craftsmanship in which puppet machines perform small tricks thanks to a sophisticated mechanism made of wood. Whether small automatic servants for domestic use that offer guests tea or large puppets that entertain the people at theater performances or pageants: The technology, which was recognized as an intangible cultural heritage by UNESCO in 2016, is still impressive today and can be admired at the Inuyama Festival in Aichi Prefecture become. You shouldn’t miss the parade with music and magnificent, multi-story floats on which Karakuri dolls perform their tricks.
You can see more evidence of Japanese craftsmanship and technology in the “Toyota Memorial Museum for Industry and Technology”. From the automatic loom invented by the inventor Toyoda Sakichi to the further development of wood-based and metal-based machines to the founding of the Toyota automobile plant by the inventor’s son, Kiichiro Toyoda, the parts still functioning exhibits provide a comprehensive overview of the history of Japanese industrial technology.

Did the three heroes Oda Nobunaga, Toyotomi Hideyoshi, and Tokugawa Ieyasu have any idea how far-reaching their decisions would be for the future of Japan and the Chubu region? We do not know it. There is no question, however, that there is hardly any other place where history can be experienced so closely and impressively, vividly and comprehensibly than here, in the middle of Japan.